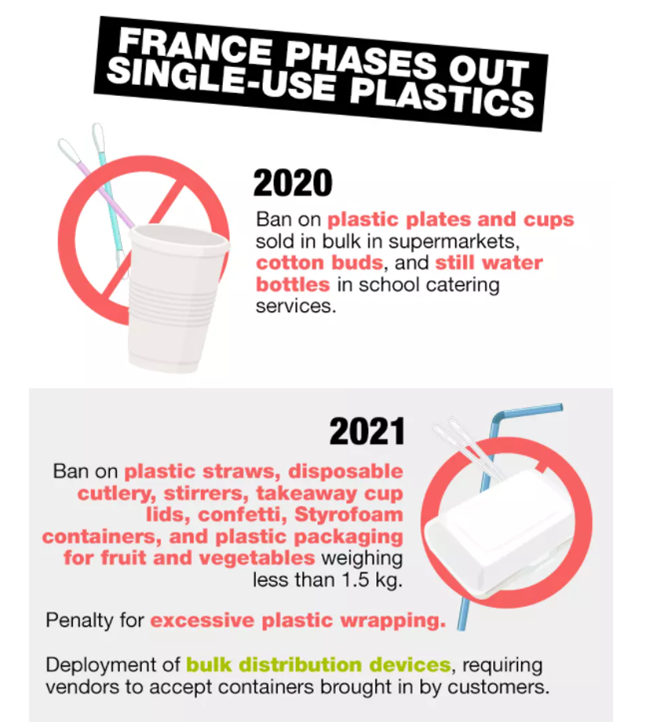 The ban was issued in a government decree, published on December 27, to bring France in conformity with European Union directives. It defines single-use plastics as those not designed to be reused “for a use identical to that for which it was intended.
Shops that carry the banned products will be allowed to continue selling them for six months after January 1, provided they were produced or imported beforehand.

The decree includes a temporary exemption for compostable products containing at least 50 percent of organic materials, as well as for cutlery used in health and corrections facilities and on transport such as trains and airplanes. The exemptions will expire in July 2021.